I love cinnamon rolls. All that gooey, cinnamon-sugary stuff in the middle and that frosting smeared all over the top… but I don’t love the idea of using yeast, rising times, and the looooong process that making cinnamon rolls can require. 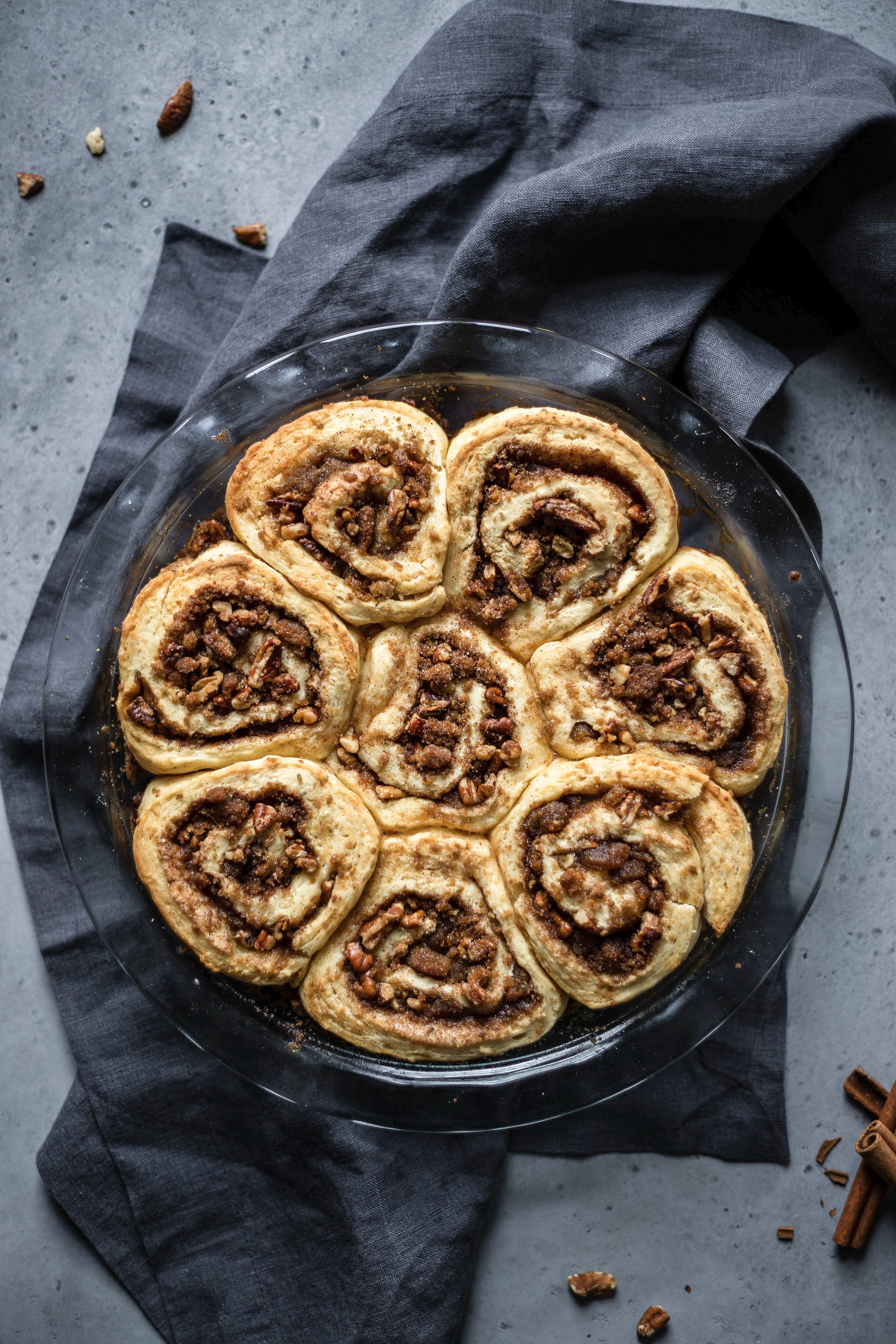 I know I should just buck up, get over my laziness (and fear) and just learn how to make cinnamon rolls with yeast.

But in all honesty, that probably won’t happen anytime soon because these cinnamon buns are made without yeast, which means they can be made (and consumed!) in less than an hour… and they are so so SO goooood. 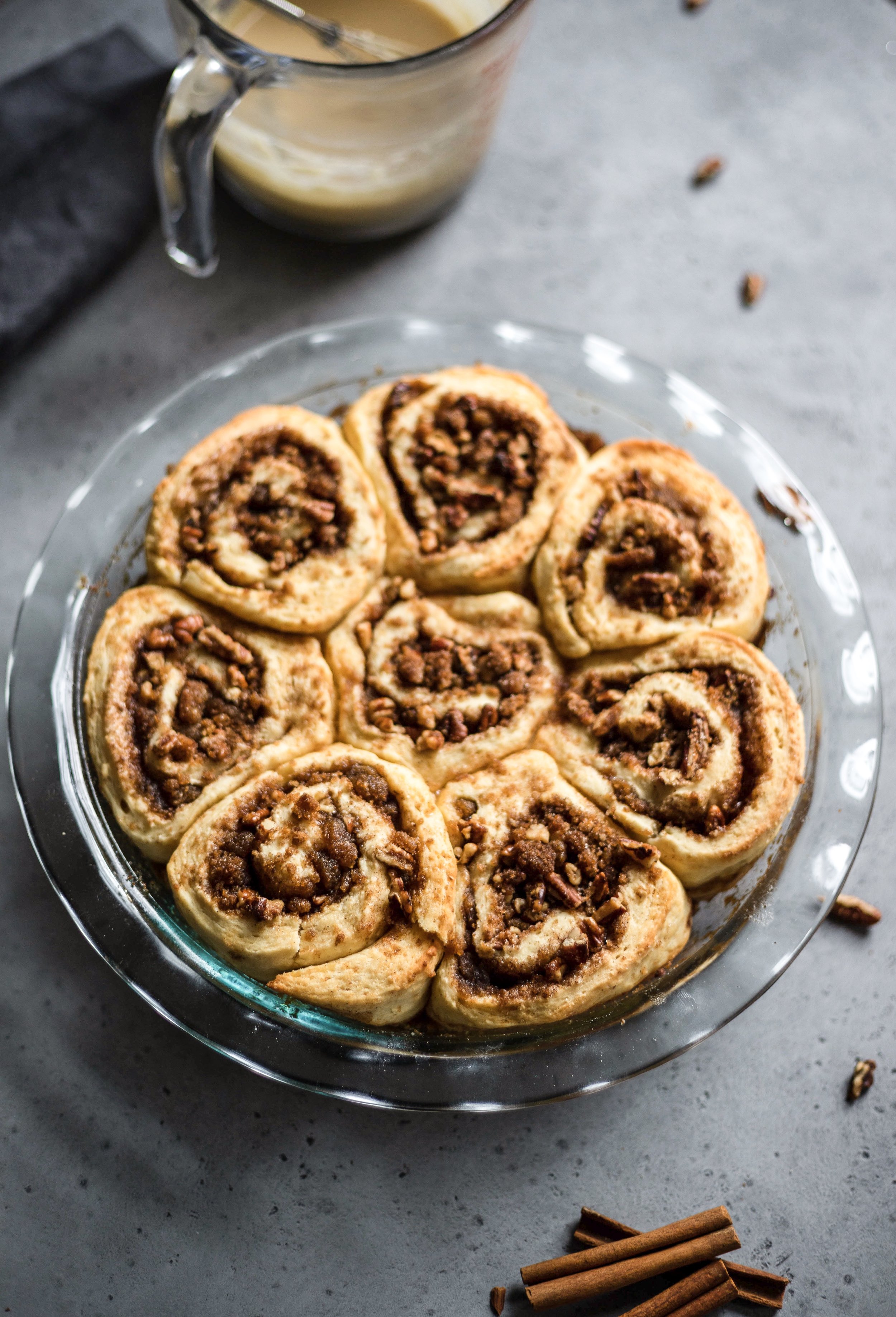 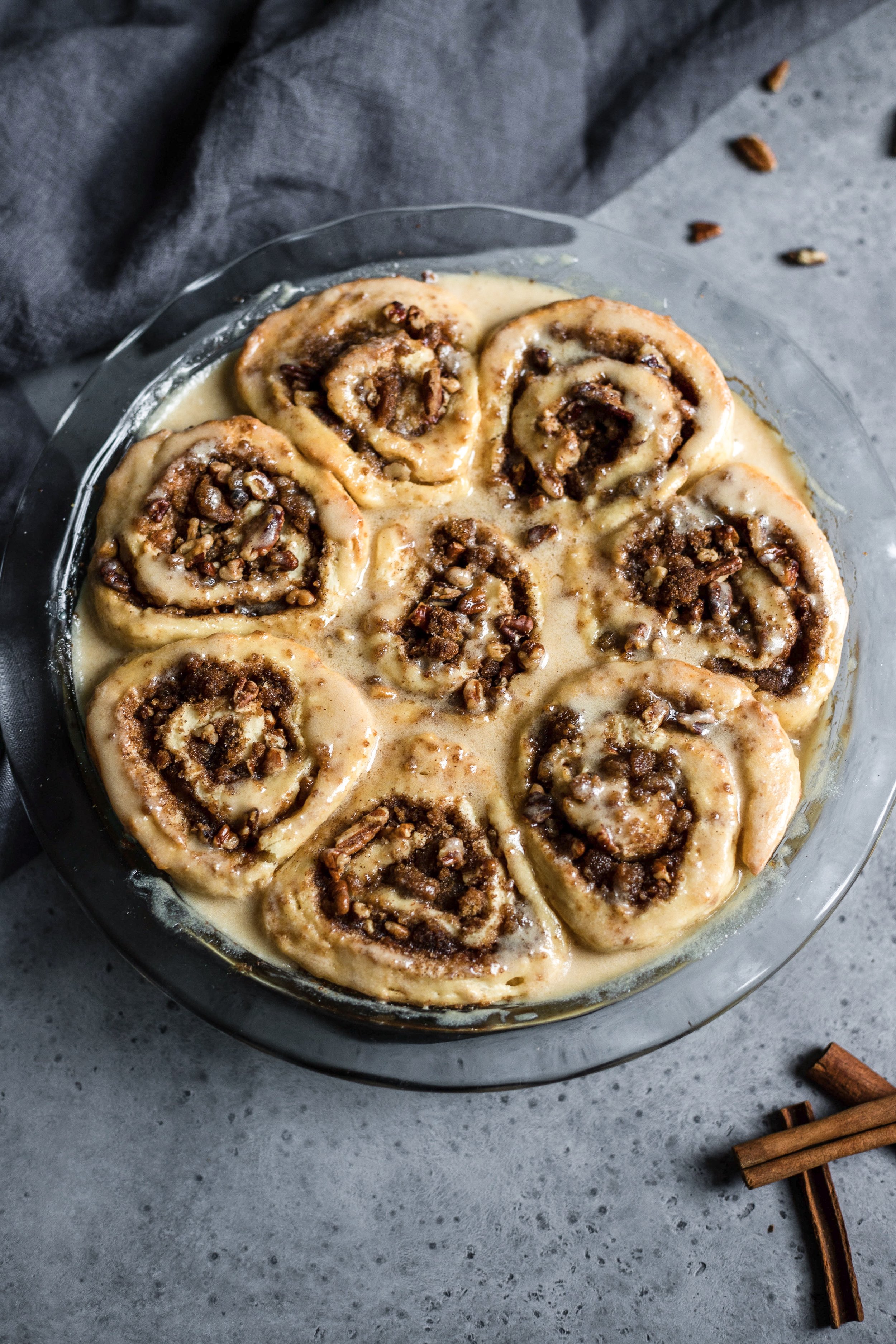 Instead of using melted butter for the recipe, I used brown butter. The brown butter adds a warm, nutty flavor to these cinnamon rolls and it compliments the maple syrup and pecans perfectly. (I’m also obsessed with it). 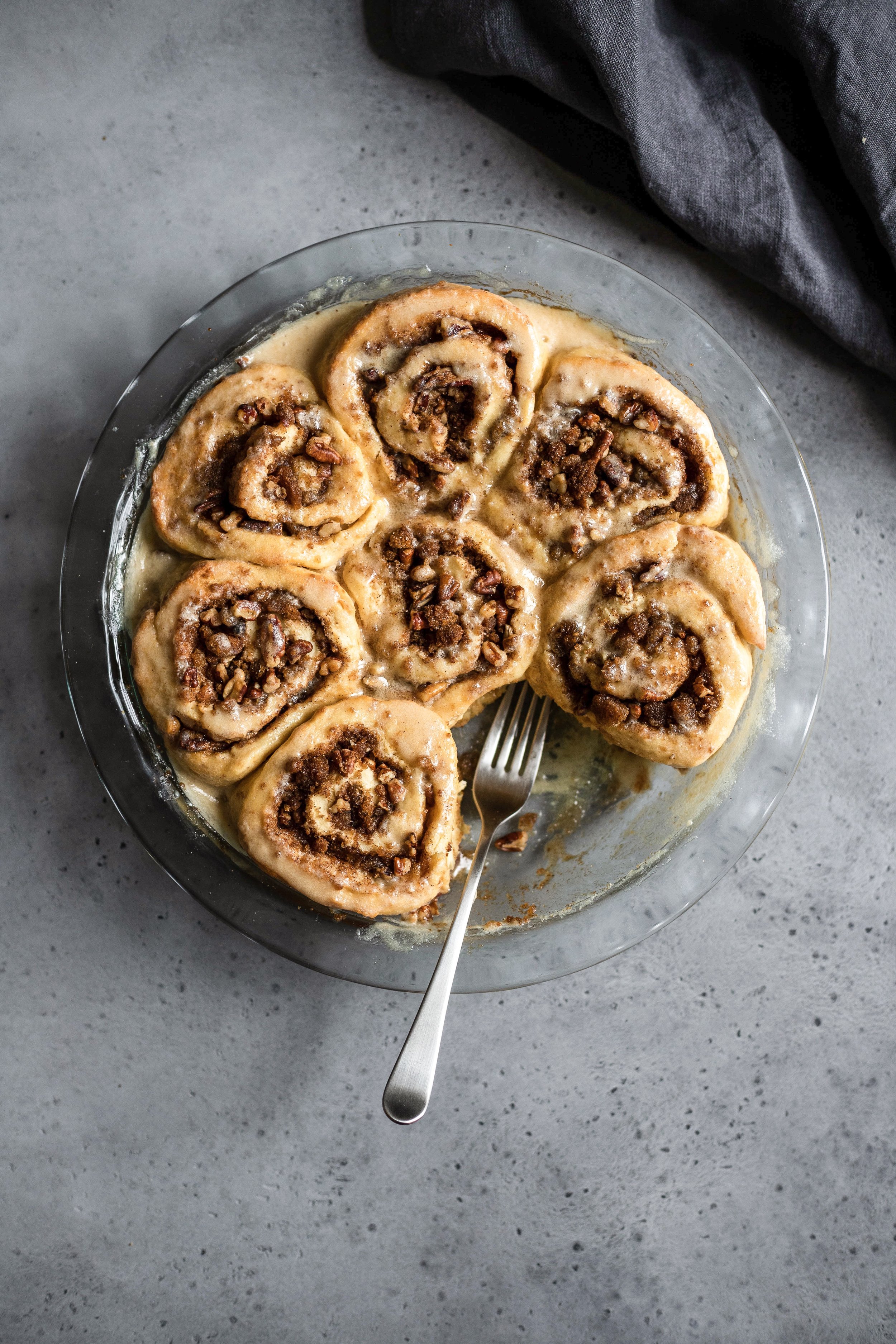 What also sets these homemade cinnamon buns apart from the rest is that they are maple-flavored, which makes them an instant favorite if you have taste buds. Pure maple syrup is worked both into the dough AND the sweet glaze on top. Helllllo HEAVEN.

As always, I encourage you to read the recipe before beginning. There are a few moving parts– and I’m pretty thorough in my instructions. Have fun and get cooking!

1. This link has great step by step photos (& a video) if you've never made brown butter before.
2. These buns will keep in an airtight container for about 3 days. 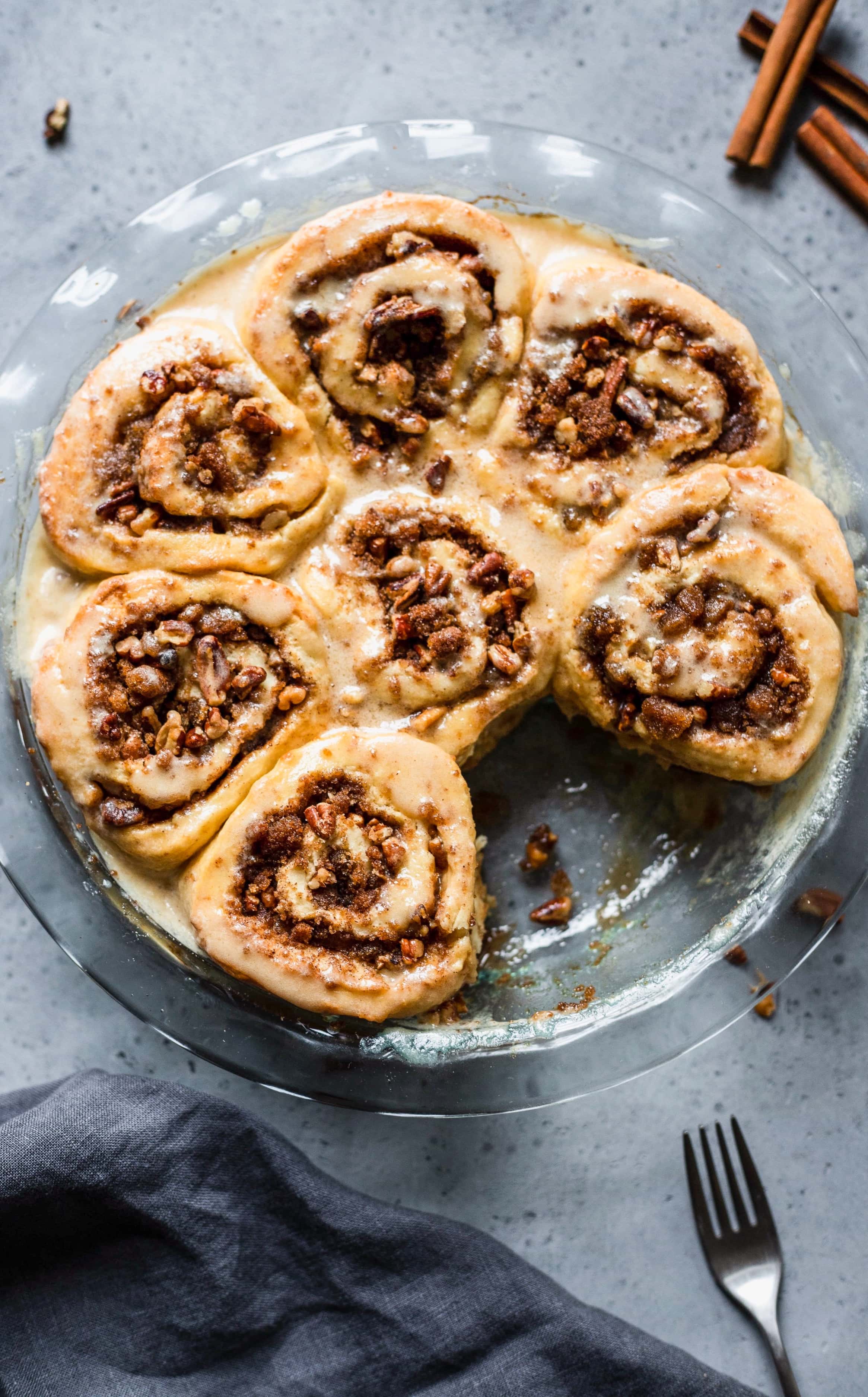