These s’mores bars are ooey gooey good! They start with a graham cracker base and are filled with melty marshmallows and topped with melted chocolate! 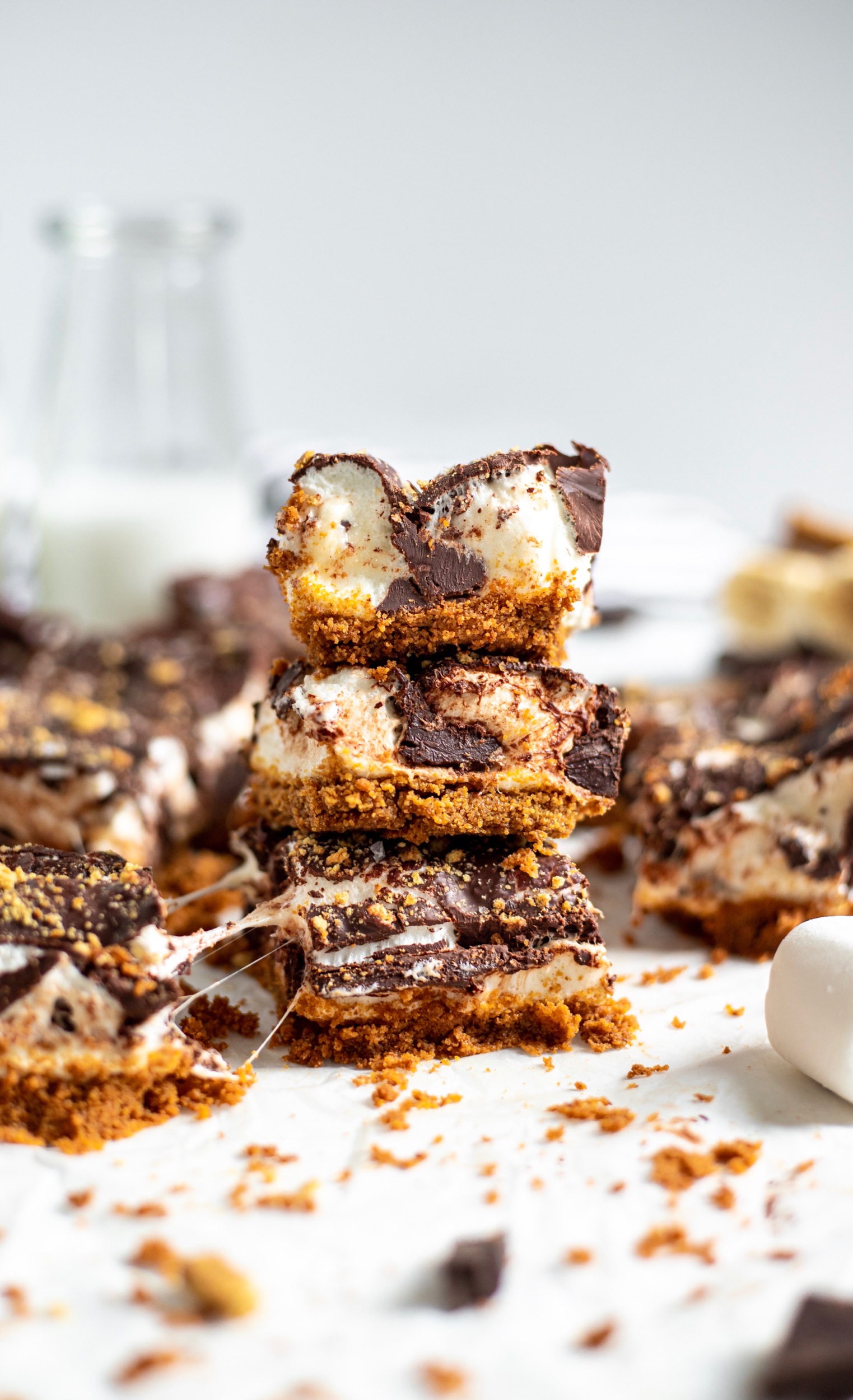 It’s official. Gooey S’mores Bars are here… and they aren’t just for the summer. Heck, they’re not even just for camping or cozy movie nights by the fire pit. You can, and should eat s’mores year round.

I mean, after yesterday’s baked s’mores donuts recipe, you could say that I’m a little obsessed with the graham cracker, chocolate, and toasted marshmallow combo right now… There’s so much to love about that combo though. Maybe it’s the nostalgic flavors or the fact that they’re often eaten on vacation, or maybe it’s just because I have a massive sweet tooth. Whatever the reason, I just can’t get enough.

These easy gooey s’mores bars will definitely help with those s’mores cravings; I PROMISE. 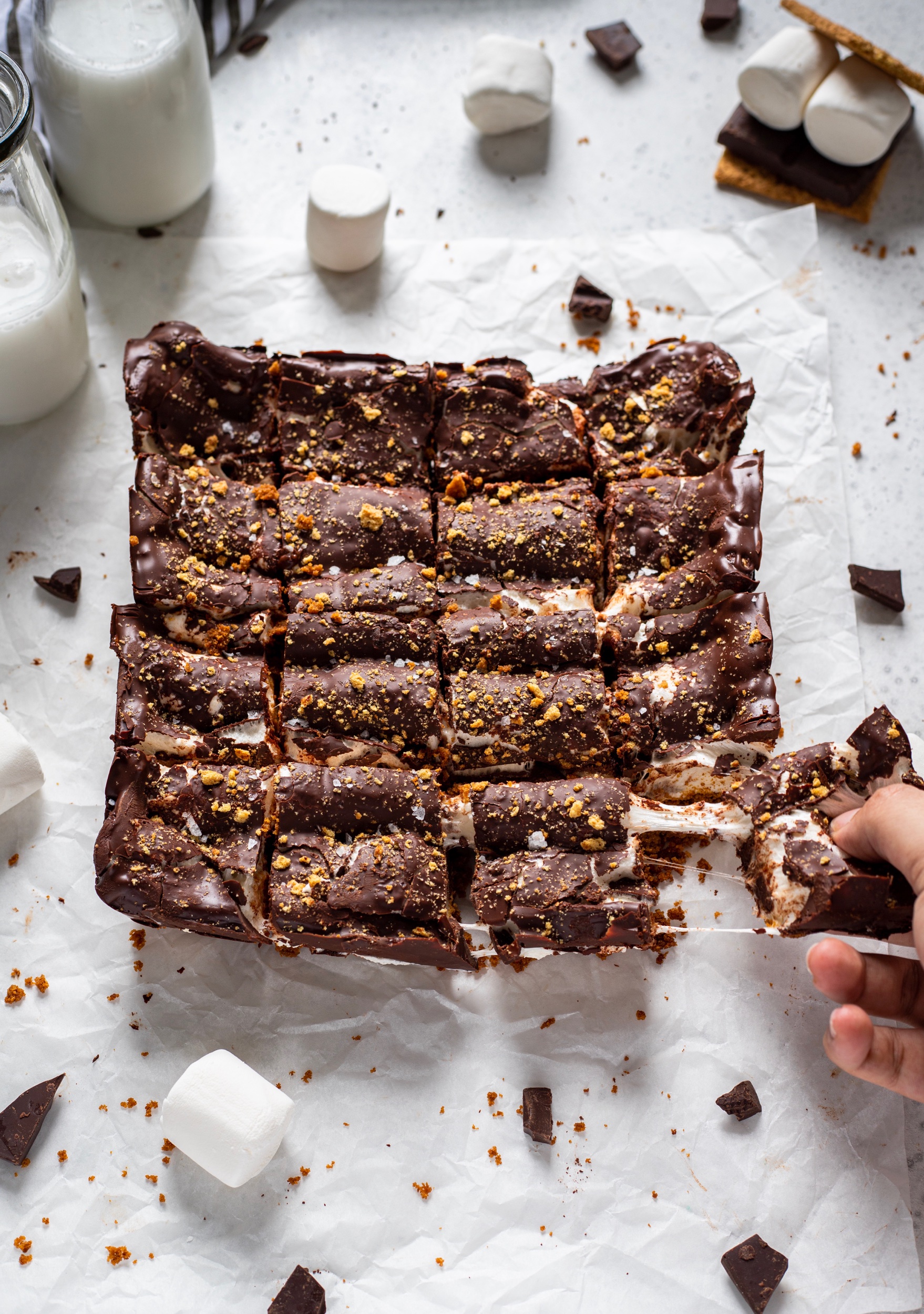 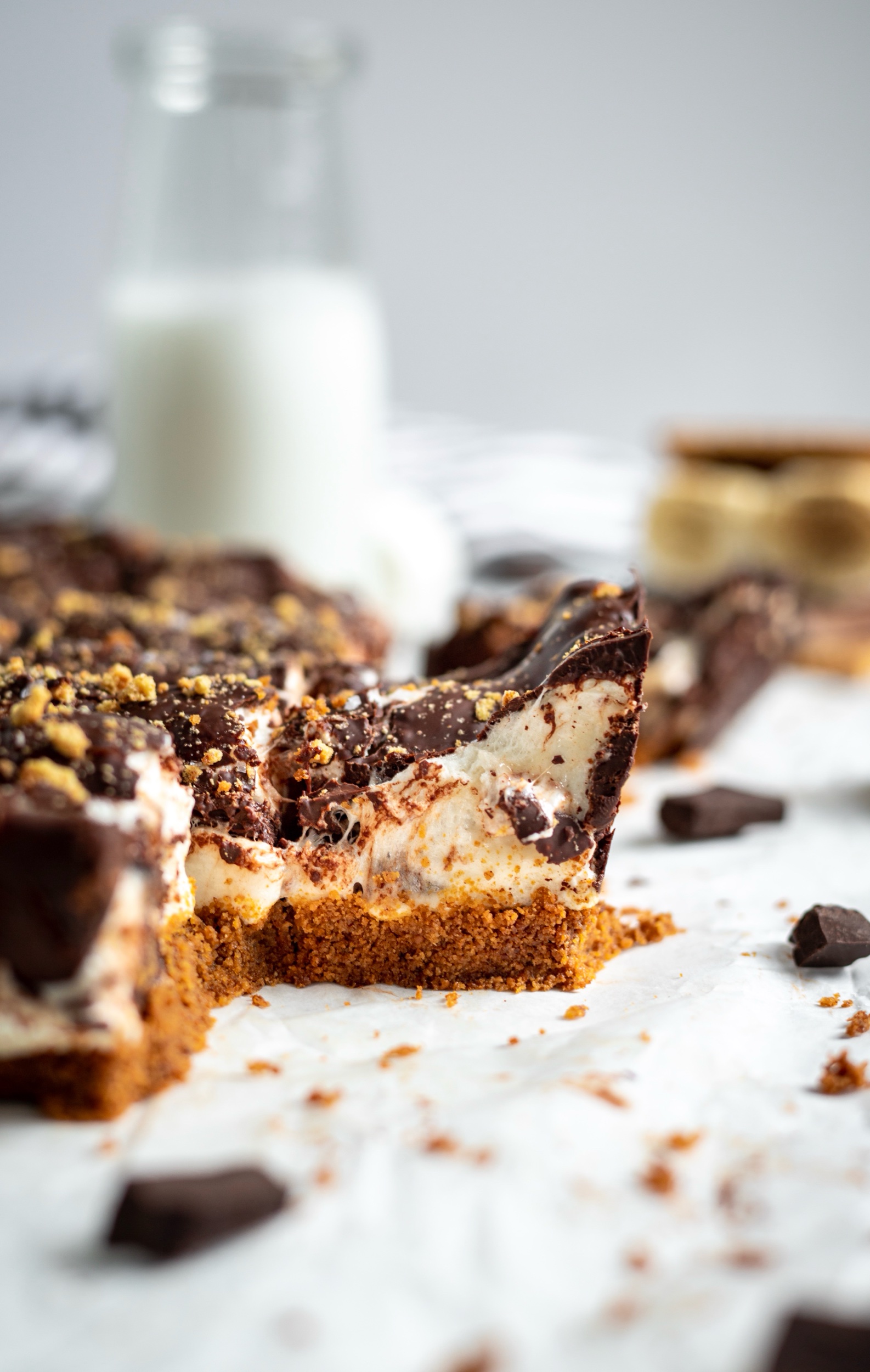 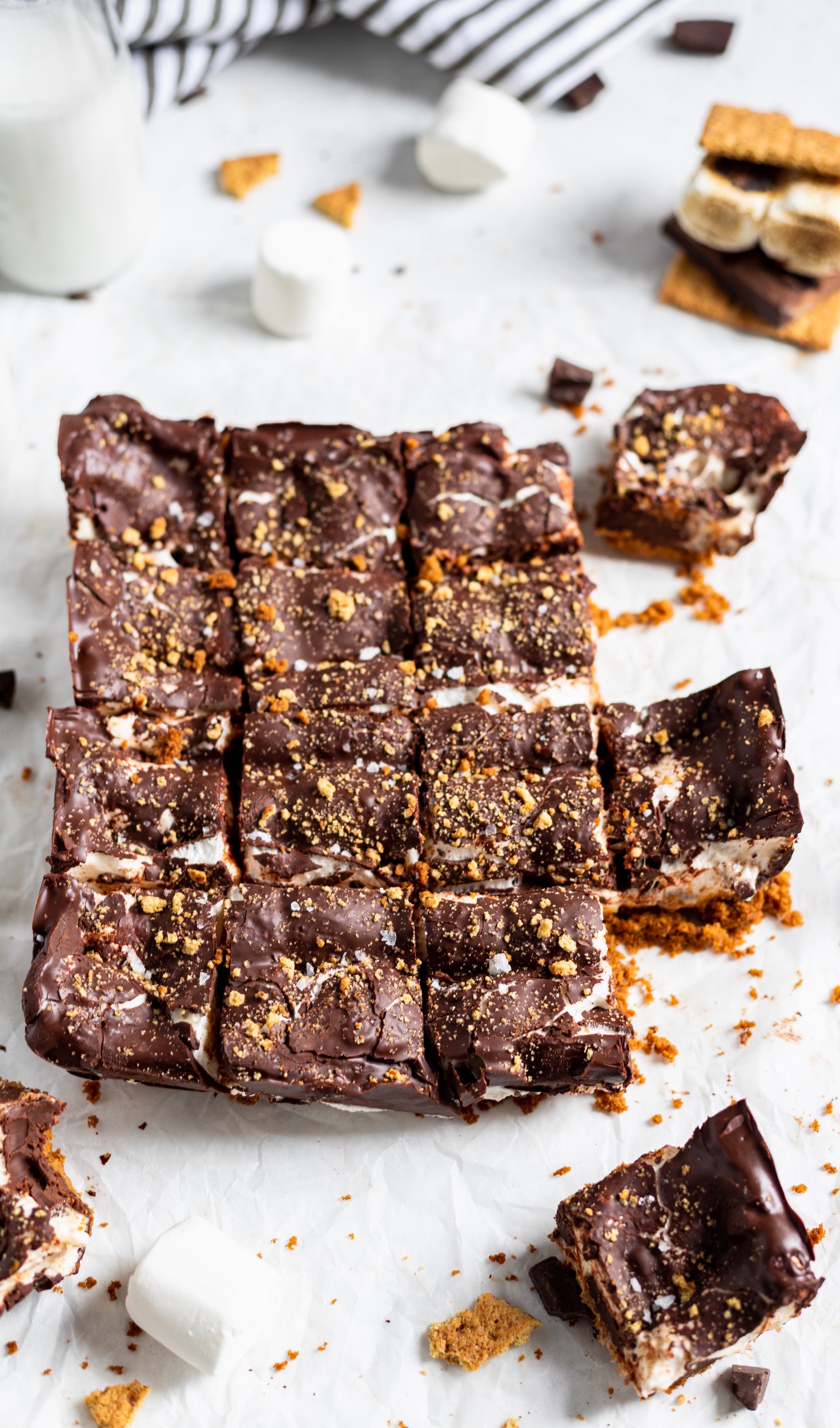 Since this is an ooey, gooey bar, it needs time to set up.  I tested this recipe over and over again and found that freezing the bars made them so much easier to slice.  After a short freezing time, the bars can be easily cut. Once you cut them into slices, the s’mores bars only take like 10-15 minutes to thaw.

Inspired & adapted from my friend Lena of Lena’s Kitchen Blog

These s’mores bars are ooey gooey good! They start with a graham cracker base and are filled with melty marshmallows & topped with melted chocolate!